First, about John the Fearless.

John the Fearless, Duke of Burgundy, presided over the County of Flanders, which was a major beer-producing region in the area of present-day France, Belgium, and the Netherlands. He encouraged brewers to move away from the herbal concoction that they were using to flavor their beers in favor of hops, which also helped to keep the beer from spoiling.

To show his appreciation for his brewing subjects and gain their favor, he instituted the merit Order of the Hop (Ordo lupuli) upon which accomplished brewers could be bestowed. Unfortunately, after John lost his head – literally – in a political squabble, the original Order of the Hop ceased to exist as well. (The Order resumed in 1971 by the International Hop Growers Convention and continues to bestow honors upon those who contribute to the cultivation and prosperity of the hop.)

Despite his political scandals and quandaries, Duke John was known for his enthusiasm and bravery, which netted him his nickname. We see similar conviction in the brewers we work with and strive to encourage and support them in their quest. Our advice? Brew bold, brew fearless, and keep your head about you.

John Fearless is a supplier of craft hops and provisions for the brewing industry.

However, we are not your A-to-Z, next-day-delivery beer industry supply resource. We don’t want to be.

Rather than offer depth in product lines, we offer depth in support. Your brewery will never be the little guy on our books we don’t have time for. Whether you’re just getting started or you’re putting out tens of thousands of barrels a year, if you have a brewing question, we’ll get you an answer. Ask Questions Here. 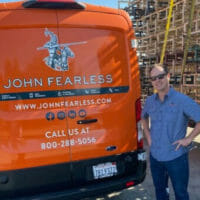 Beer: I’m Australian, so I love all beer 😊. If I had to choose only one, I would definitely go for a well-balanced IPA. 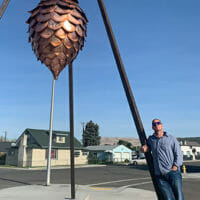 Beer: West Coast IPA, specifically one with bold hop aroma, high bitterness, and pine on the palate. Prefer to consume in San Diego, the Capital of Craft 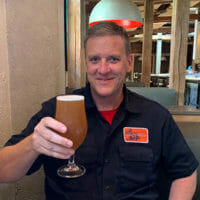 Background: Over 24 years of brewing experience 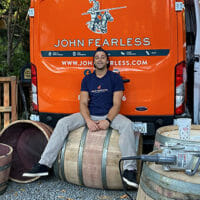 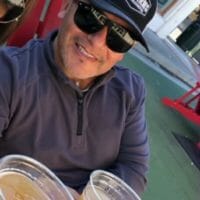 Beer: I enjoy a nice crisp Pilsner while shooting the breeze with friends. I’m starting to enjoy IPA’s as well. 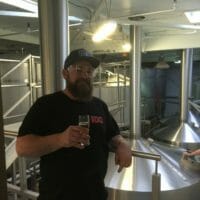 Beer: I tend to gravitate to the lighter lager beers like pilsners and helles lagers these days, but I do enjoy a good West Coast IPA as much as anyone else. I enjoy our poolside beers or merely partaking with some good friends. I often host bottle share events where we will also fire up our wood fired pizza oven to keep folks well fed.