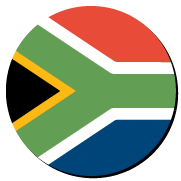 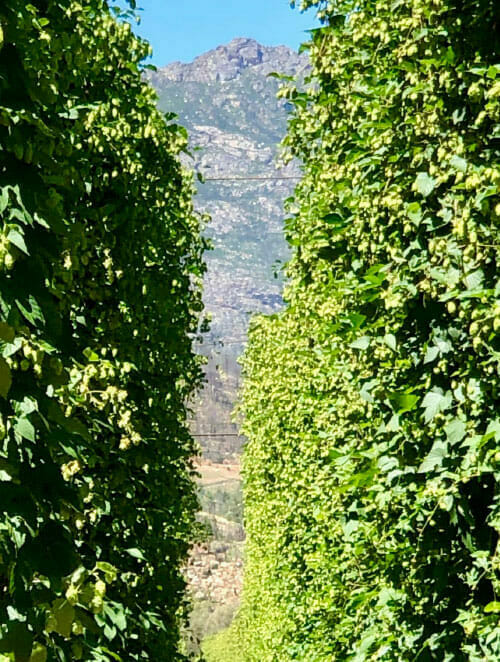 If you’re really looking to brew fearless, consider adding South African hops to your go-to collection. Because they are bred specifically for South Africa’s growing conditions, these hop varietals offer unique flavor and aroma characteristics not available in hops from other regions. The results? Your favorite beer recipes get a whole new twist.

John Fearless, through our relationship with SAB Hop Farms, happens to be one of the few distributors or brewery suppliers available to help you get your hands on them.

2021 South African Hops are Here!
Contact Us for Samples or to Purchase!

Hops have been bred and grown in South Africa since the 1920s and commercially since the 1970s. Following World War I, there was a worldwide hops shortage. Since South African brewers had a difficult time getting hops, they began to grow their own.

The most ideal location to grow hops in South Africa was found to be in the George region in the southern part of the Western Cape where the Indian Ocean meets the Atlantic Ocean – part of the famed Garden Route of South Africa. The Mediterranean-like climate in this area provided the temperatures and rain the hops needed to make them happy.

However, sunlight was a challenge. South Africa receives about three fewer hours of sunlight each day than the hops being grown by farmers at the time preferred. These were noble varieties imported from Europe.

The answer for growers initially was to supplement the sunlight with electric growing lights. But that took a lot of light bulbs, especially for growing hops commercially. With painstaking breeding, growers have been able to develop cultivars better suited to the conditions in South Africa that thrive without the need for extra lighting. 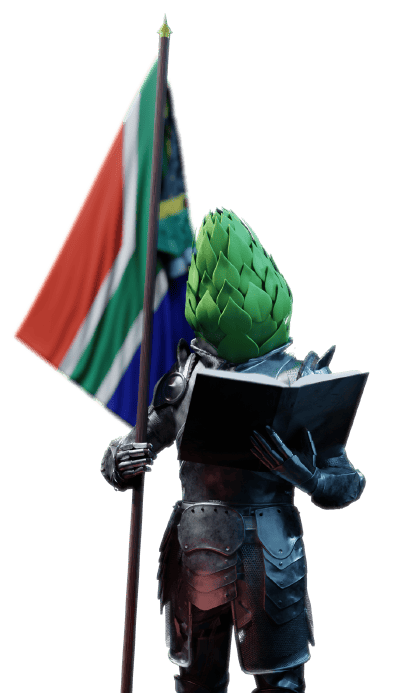 Historically, South African hops were bred for bittering. But within the last several years, growers have been developing more and more aroma varieties in response to the current demand by much of the brewing community around the world. 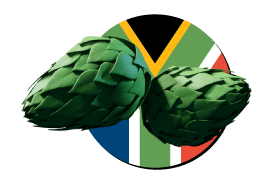 Some of the more popular South African hop varietals include: 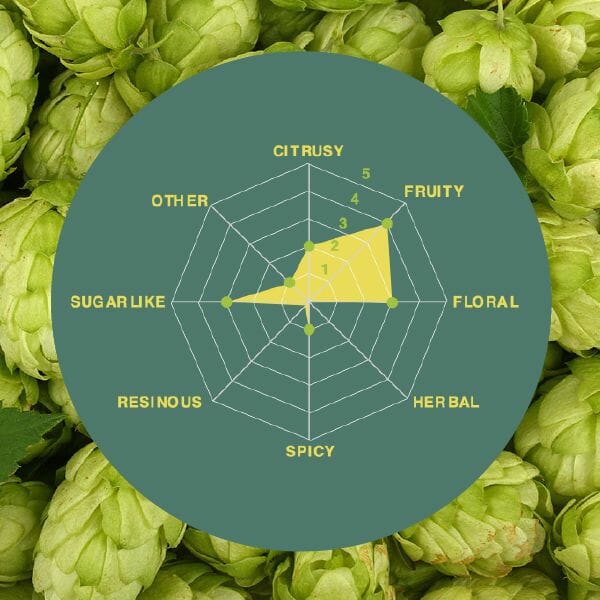 One of the first developed in South Africa that didn’t require artificial light. It’s used for both bittering and aroma, with a woody, earthy fragrance. 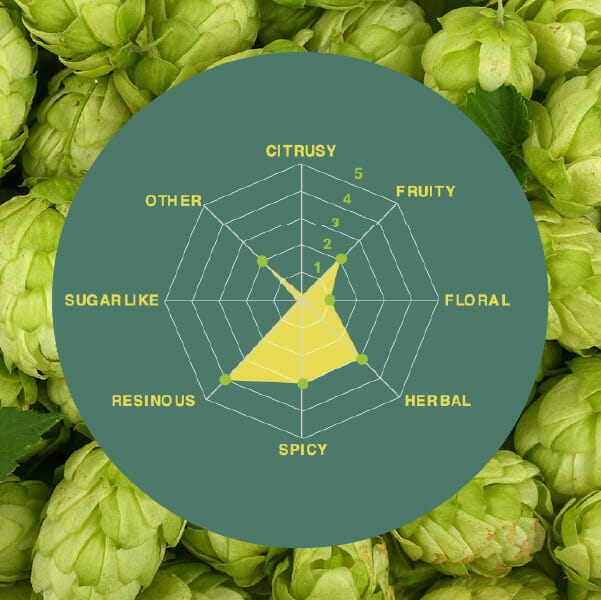 This bittering hop is ideal for use in hop-forward beers with a desired tropical fruitiness that includes sweet hints of melon, pineapple and guava. 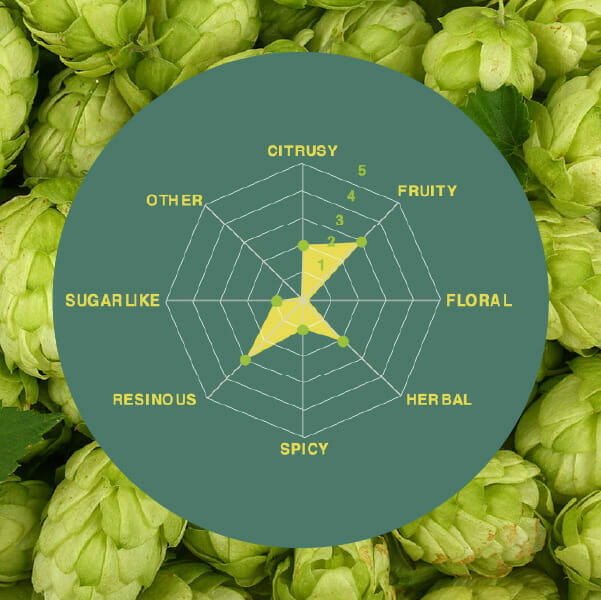 This well-rounded hop has some resinous pine along with bright and sweet fruit flavors of papaya, gooseberries, and melon. It’s ideal for hop-forward beers. 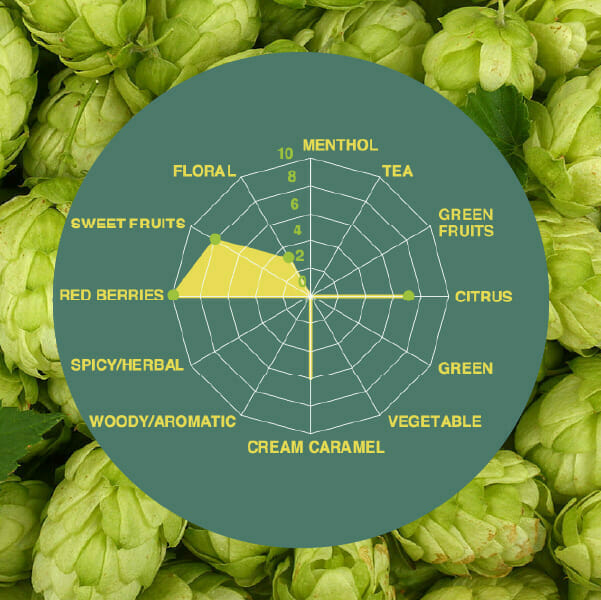 Passionfruit, red berries, and sweet fruits predominate, but there is also an earthy and spiciness to it with some pronounced grassy notes. 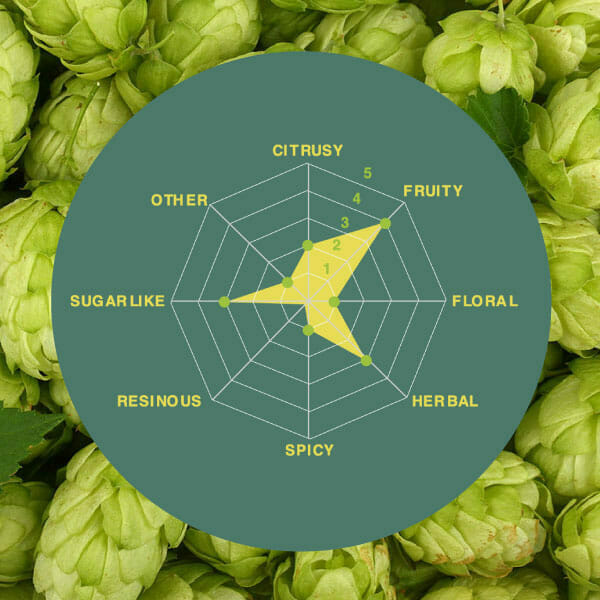 This exciting, dual-purpose hop balances between fruity and traditional bitterness, strong citrus notes, ideal for use in bold, full-bodied beers.

These hop varietals and more are available through John Fearless.

Have questions about adding hops from South Africa to your favorite beer recipes? Contact us and we’d be happy to help.